The panel vacated the district court’s order denying San Antonio Winery, Inc.’s motion for a default judgment against Jiaxing Micarose Trade Co., Ltd., in an action in which San Antonio asserts claims under the Lanham Act and related state-law claims.

Section 1051(e) of the Lanham Act allows trademark applicants domiciled in foreign countries to designate “a person resident in the United States on whom may be served notices or process in proceedings affecting the mark.” If the foreigndomiciled applicant declines to designate someone, or the designated person cannot be found, the statute provides that the applicant may be served through the Director of the U.S. Patent and Trademark Office (PTO).

San Antonio filed a proof of service in which it stated that it had served Jiaxing through the Director of the PTO. When Jiaxing did not appear to defend itself in the action, the district court clerk granted San Antonio’s request for entry of default, after which San Antonio filed the motion for default judgment in which it asked the district court to issue a permanent injunction. Noting the lack of circuit-level precedent on whether the procedures of Section 1051(e) provide a means of serving defendants in court proceedings, the district court denied the motion on the ground that Jiaxing had not been properly served. 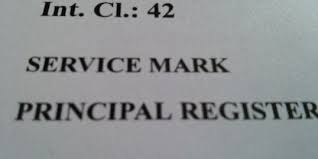